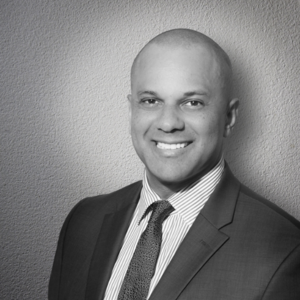 Rogelio Caceres serves as the Chief Commercial Officer of LCR Capital Partners and was the co-founder of the firm’s EB-5 business.

After graduating from Harvard Business School and a brief stint as a private equity investor in the Latin America telecom and dotcom sectors, Rogelio has spent nearly two decades, first domestically and then internationally, pursuing a sales and marketing career. Prior to joining LCR, Rogelio spent over a decade launching enterprise-focused products aimed at better serving the needs of C-suite executives at Forbes Global 2000 companies and scaling them into market-leading positions. His speciality is partnering with the founder(s) of start-up companies, ideally at the conceptual, pre-revenue stage and driving the processes required to find product/market fit and then executing a product launch which can rapidly achieve scale, often in marketplaces that are not yet fully defined. His entrepreneurial track record consists of successful public or private exits at three companies including the Corporate Executive Board acquired by Gartner (NYSE: IT) for $2.6 billion in 2017 and Docurated, an enterprise SaaS company based in NYC which was acquired by Quark Software the same year. His third company, Frontier Strategy Group, was a VC-backed global B2B research firm that acquired Ducker Worldwide in 2018. Prior to his shift towards entrepreneurship in 2002, Rogelio served as an investment officer at Emerging Markets Partnership, a $5 billion telecom- and infrastructure-focused private equity firm; an Associate in the Latin American Merchant Banking Group at DLJ, and a Financial Analyst at Wasserstein, Perella & Co., where he focused on M&A transaction advisory work in the U.S. and Latin America.

Rogelio Caceres first crossed paths with Suresh Rajan during their first day of orientation, the two first-year MBA students (and first-generation U.S. immigrants) hit it off instantly and agreed, on the spot, to form their first venture, the all-important HBS study group. Nearly twenty years afterwards, as they had many times since their ‘97 graduation, they got together, this time with a very special occasion in mind, the opportunity for their wives and kids to finally meet one another. During that carefree day in the spring of 2014, and over nearly five hours ensconced in the den of his Westport, CT home, Suresh revealed in captivating detail a bold strategic vision for LCR (named after the initials of his two young children) Capital Partners and the ambitious business plan it was keen to pursue. By the middle of the 2nd hour, Rogelio’s questions slowly and inexorably began to shift from natural curiosity into palpable excitement. By the end of the 3rd hour, Rogelio was absolutely determined to join forces with his b-school batchmate and help him pursue the young firm’s outsized goals.

Despite the inherent risks and statistically long odds facing pre-revenue companies, which in LCR’s case lacked a product, employees, or outside funding, Rogelio was able to factor these standard start-up risks and set them aside. Relying on his prior experiences launching similar seed-stage businesses, he chose to focus on three key advantages enjoyed by the young firm instead. The massive size and scope of the global EB-5 market opportunity, the unique attractiveness of the EB-5 industry’s profitable business model, and as importantly as the first two advantages, Rogelio viewed the the highly complementary and mutually-reinforcing skill sets and professional backgrounds each of them could bring to bear to power the launch of LCR’s EB-5 business forward.

Within a month of that monumental five-hour meeting, Rogelio resigned from his leadership role at Docurated, the NYC-based, enterprise SaaS startup he had successfully launched a year earlier. Shortly thereafter, he capitalized LCR Capital Partners LLC as its first-ever outside investor and on April 7th, 2014, Rogelio joined the firm on a full-time basis to begin working shoulder to shoulder, initially from Suresh’s basement, to help execute the firm’s multi-faceted mission. While Suresh led the firm as CEO and took lead on developing a new type of EB-5 product aimed at meeting the investment and U.S. residency objectives of global investors, Rogelio focused on executing innovative G2M strategies which cost-effectively and efficiently could target HNW investors in promising (and overlooked) markets around the world.. As first-generation immigrants from India and from El Salvador and the Dominican Republic, respectively, both Suresh and Rogelio deeply understood the intrinsic value of U.S. residency — and how critically important a successful EB-5 investment could be for an individual or a family’s future. They instinctively understood from their own experiences that sophisticated professionals, entrepreneurs, and family business owners would readily embrace the safety and reliability of the EB-5 program if presented with conservatively structured, client-focused fund offerings. A lifetime of positive first-hand experiences as U.S. immigrants provided LCR with the conviction necessary to devote a significant amount of energy, time and capital towards the “globalization” of the EB-5 program. LCR’s early strategic decision to patiently develop key geographies was dismissed and often ridiculed by their larger, older China-centric peers, at the time. Ultimately, LCR’s strategic conviction proved to be highly prescient as evidenced by the firm’s explosive growth, especially once the Chinese investor market began to implode in mid 2017, as LCR’s principals had anticipated.

Without a roadmap to follow or any predecessors to learn from, LCR relied on a combination of Suresh’s strategic acumen and Rogelio’s proven sales and marketing execution capabilities to methodically build awareness, in most cases from scratch, about the EB-5 Investment Visa Program. LCR’s commercial team preparedness and unrelenting tenacity proved critical in methodically engaging foreign-born HNW investors, most of whom were initially highly skeptical about the EB-5 investment visa program (and by extension, LCR). Given the once-in-a-lifetime nature of the EB-5 investment decision and the binary outcomes involved, the firm was able to continually pioneer scalable ways to identify and persuade highly sophisticated global investors to move forward with what initially might be considered a challenging proposition: to deploy half a million U.S. dollars in an illiquid U.S. investment,without any rescission or redemption rights of any kind, for the sole purpose of securing U.S. residency with limited (if any) financial return.

As the senior-most executive responsible for sales and marketing activities since inception, Rogelio spearheaded the firm’s new market entry efforts, first into Brazil starting in July 2014, followed by similar efforts into India in December 2015 and into South Africa in October 2016. In all three countries, LCR successfully secured product/market fit within 12 months of first arrival. Without the benefit of a recognizable brand name or an EB-5 track record, under Rogelio’s leadership LCR repeatedly proved it could successfully enter attractively sized markets with virtually zero awareness about the EB-5 product category. He developed the proprietary lead generation strategies required to efficiently target these markets’ top .1%, and did so despite limited marketing budgets and financial resources. He then developed G2M strategies ranging from the use of locally-based digital marketing and PR strategies to enhance its market entry effectiveness (first utilized during LCR’s Brazil market entry) to the sourcing and activation of LCR’s two most strategically important verticals such as leading financial institutions and wealth management firms and educational consulting companies. He personally recruited most of the members of LCR’s sales team. By introducing the ValueSelling Framework® in January 2018 and relentlessly evangelizing its proven capabilities with his global team, he encouraged them to embrace a long-term focus and process orientation which, in turn, has transformed them into one of the industry’s most effective sales teams as evidenced by the doubling of LCR’s global sales conversion rates between 2017 to 2019. By the end of 2019, LCR Capital Partners achieved market-leading positions in three of the top 10 markets in the world and was firmly entrenched in the top 1% of the industry’s Regional Centers. As one of the industry’s finest commercial executives, Rogelio’s pioneering G2M innovations and commercial leadership served critically important to the launch of the firm’s core EB-5 business, its subsequent market entry successes, and its rapid, profitable growth trajectory as well as widely viewed critical to the firm’s long-term competitive advantage.