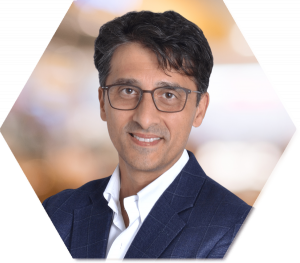 Raj Chinai is a Senior Advisor for LCR Capital Partners. He has over 20 years of experience in operating and investing in emerging companies from the U.S., India and the Middle East. Based in Dubai, he is spearheading the firm’s expansion into key strategic markets, including Europe, the Middle East and Africa. He previously served as a Senior Advisor to the company.

Prior to LCR, Raj was the Managing Director at Sobha Group, a multi-billion-dollar real estate development company in the Middle East and India, during which he worked in close collaboration with the company’s Founder & Chairman to execute the company’s strategic investments in the Gulf region and globally. From 2007 to 2014, Raj was a venture capitalist in India, initially as a Principal and founding team member of SVB India Capital Partners and subsequently with Kalaari Capital.

Raj is a Board Partner at Iron Pillar, Founding Board Member of the YPO Dubai Downtown Chapter, Co-Founder & Co-Chair of the Harvard Business School Alumni Angels Association (India Chapter) and Senior Advisor at Taurus Family Office.

He earned his MBA from the Kellogg School of Management, MPA from Harvard and BA from the University of Pennsylvania.