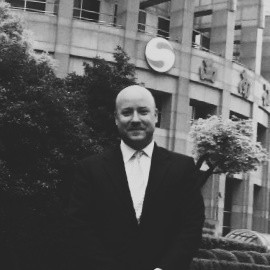 Prior to joining LCR, Matt was associated with the Pine State Regional Center, a subsidiary of the Arkansas Capital Corporation, where he served as Director of Government Affairs.  Matt also previously worked for the law firm of Greenberg Traurig, advising clients on EB-5 and immigration policy issues.

From 2005 to 2014, Matt served as Senior Counsel to the U.S. Senate Judiciary Committee for former Committee Chairman Senator Patrick Leahy, where he handled a broad portfolio of policy and oversight issues, including immigration policy and the EB-5 program.  During his tenure with the Senate Judiciary Committee, Matt was responsible for oversight of the Department of Homeland Security and its sub-agencies.  Matt played a key role in the enactment into law of several significant pieces of legislation championed by Senator Leahy, including all reauthorizations of the EB-5 program between 2006 and 2012.  Matt’s government service gives him a keen perspective on the political and policy issues that are central to the EB-5 program.

To Register, click on the available time slot above.