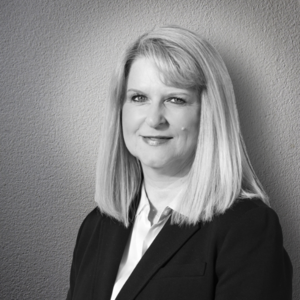 Ms. McKee, CFE, is a Senior Advisor to LCR Capital Partners and is charged with the development of strategic relationships with franchisors and multi-unit franchisees.

Lynette is considered an industry expert in franchising. She is a frequent guest speaker at industry events and in 2011 was awarded the Bonnie LeVine Award by the International Franchise Association (IFA) given to the outstanding female in the franchise industry. Other industry awards include the IFA Crystal Compass, the Women’s Foodservice Forum Emerging Leader Award, a finalist in the National Stevie Awards for outstanding women in business, and the Griffin Report’s Woman of Influence in the Food Service Industry.

Lynette is a member of the IFA Diversity Foundation and has served on various boards and committees of the IFA including being recently named to the IFA Supplier Forum. She has also served on the Women’s Foodservice Forum Board of Directors and the National Restaurant Association Educational Foundation Board of Trustees and as an Industry Representative to the NRA Board of Directors from 2008 – 2010.

Lynette graduated from Vanderbilt University with a BS in Education.