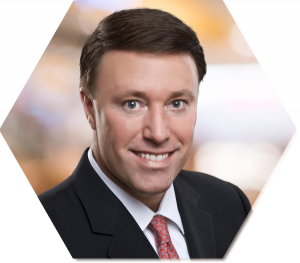 Lou Frost is Chief Financial Officer and has a broad role broader role managing transactions, finance, offering development, and compliance across the business.

Prior to joining Integritas, Lou served as the National Real Estate Advisory Leader and National Real Estate Investment Banking Leader for KPMG LLP. At KPMG, Lou covered some of the firm’s most important institutional real estate clients nationwide and was responsible for the execution of diverse investment banking and consulting assignments.

Prior to joining KPMG, Lou was a Senior Vice President with Macquarie Capital (USA) Inc. in the Real Estate Private Equity group. While at Macquarie, he led deal teams responsible for bidding on companies and assets worth approximately $5 billion. Prior to Macquarie, Lou was a Vice President in Goldman, Sachs & Co.’s Real Estate Investment Banking group. While at Goldman Sachs, Lou closed approximately $20 billion in real estate transactions including mergers and acquisition, equity offerings and debt offerings. Lou started his investment banking career as an Associate at Deutsche Bank Securities Inc. Lou began his professional career at Varner, Stephens, Humphries & White, LLP in Atlanta, GA, where he was a corporate attorney providing legal representation to a wide range of public and private companies. He then continued legal representation as General Counsel and Chief Legal Officer with VDC Communications, Inc. (formerly AMEX: VDC).

Leave us a message and we’ll get back to you as soon as possible.