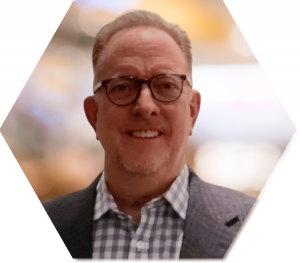 Mr. Sweeney is the Chief Client Officer at LCR Capital.

Mr. Sweeney had been in multiple senior level director positions at Praxair, Inc. for 31 years. Most recently, he was responsible for government and public relations in North America on the investment side of global industrial gas, coatings service technologies, distribution, and electronics businesses. Prior to this position, he held leadership roles in global sales, operations, procurement and management of several of Praxair’s businesses, along with development of new technologies within Praxair’s research and development organization.

He is a recipient of the American Chemical Society’s Award of Merit in Chemical Marketing and Economics for his advancement of the chemical industry. He was the keynote speaker in 2006 for the ACS on the global impact of ethanol and CO2 proliferation. He has been a presenter at the Institute for Professionals in Taxation on incentive and site location strategies, and at the Carbon Leadership Summit at Brown University. He is a Six Sigma Trained Black Belt and has served on multiple Boards over the years including his role as Director of the California Manufacturer’s & Technology Association and his service on the Wyoming Carbon Conversion Council, the LCA Education Committee, the Oklahoma Partnership, and many others.

Mr. Sweeney earned a BA in Chemistry from Indiana University in Bloomington, IN and a Masters in Business Administration in Marketing from the Williams School of Business at Xavier University in Cincinnati, Ohio. He also attended the Columbia Business School’s Executive Program in leadership and strategy. He resides in Connecticut with his wife Michele and their two children.