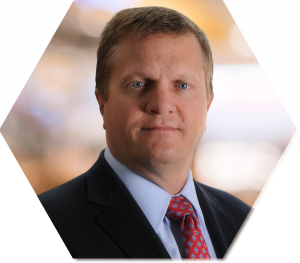 Mr. Rogers is the Chief Operating Officer of MSD Capital, the New York-based investment vehicle owned and controlled by Michael Dell and his family. Prior to joining MSD, Mr. Rogers served as the Chief Financial Officer of LCR Capital Partners. Among other responsibilities he was tasked with developing LCR’s Fund of Funds strategy and managing the day-to-day operations of LCR’s overseas funds.

From 2004 to 2013, he served as the President of the hedge fund Severn River Capital. He co-managed a $450M long/short equity/distressed debt portfolio and also interfaced with investors, service providers, lawyers, media, and hundreds of management teams. In his role, he ran the business of the hedge fund while also researching and trading investment securities.

Prior to launching Severn, he worked as a consultant for McKinsey & Company where he worked with several fortune 500 companies to increase financial performance, establish long-term growth strategies, and implement brand architectures that best support growth goals.

From 1990-2000, Brendan served in the United States Navy as a member of its SEAL Teams. During his military service, he served at three different SEAL Commands, including an elite special mission unit. He has conducted special operations missions globally with deployments in Eastern Europe, Africa and Asia.

Brendan is a co-founder and Director of the Navy SEAL Foundation, a 501.c.3 non-profit organization whose mission is to provide immediate and ongoing support to the entire Naval Special Warfare community.

Brendan graduated with distinction from the United States Naval Academy with a BS in Mechanical Engineering and received his Master in Business Administration from Harvard Business School.