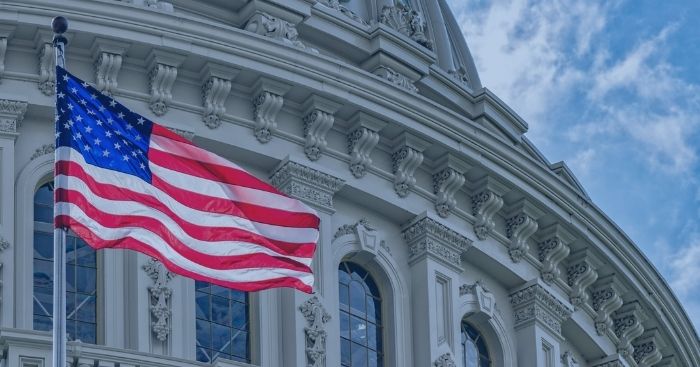 An Update on EB-5 Reauthorization

While there is strong bi-partisan support for reauthorization of the EB-5 Regional Center Program, for the program to restart, legislation renewing it or reauthorizing it needs to pass Congress.

Last week, before the US Congress went on summer recess, the Senate passed a $1 trillion bi-partisan infrastructure bill.  This legislation will now be debated by the House, and after passing, it will be sent to the President for signature into law.

Unfortunately, the EB-5 Regional Center Program reauthorization was not included in this bill as we had hoped.

There are many reasons the Senate did not include EB-5 in this bill.  An EB-5 amendment raises questions about broader immigration issues. Furthermore, despite bi-partisan support for reauthorization, there are still disagreements within the EB-5 industry about what should be included in the new legislation. A detailed explanation of the requests of each of the industry advocacy groups was recently published by Suzanne Lazicki on her Lucid Text site.

Congress is now in recess until mid September.  However, Congressional staff are still working and are particularly focused on two other important pieces of legislation that need to be passed before the end of the US government’s fiscal year on September 30: the budget reconciliation bill and an appropriations bill to fund the Federal Government for the next fiscal year.

Both have the potential to carry an EB-5 Regional Center Program reauthorization amendment.

The Senate voted on and passed its budget resolution, which is essentially an outline and must be turned into legislation.  The subsequent legislation–a reconciliation bill– is anticipated to be a $3.5 trillion dollar price of legislation that will only be supported by the Democratic majorities in the House and Senate.  The appropriations  legislation, which encompasses funding for multiple governmental departments,  contains the other immigration programs that the Regional Center program had  been combined with for the last  several decades.

Impact of Regulation on the Investment Level

Many of our investors ask if there will be another $500,000 window as there was for 7 days at the end of June.  If new legislation from Congress does not define new minimum qualifying investment amounts, then upon enactment of such legislation, the required minimum investment level for EB-5 would be $500,000 absent any regulatory action taken by the Department of Homeland Security (the parent agency of USCIS).

In June, a Federal District Court in California  ruled that the Modernization regulations adopted in November 2019 were invalid because the official that signed them was not properly confirmed by the US Senate as Secretary of Homeland Security.   This decision struck down the $900,000 investment level and returned the program to its previous $500,000 regulations.

On July 30, 2021, the Department of Homeland Security (DHS) published the ratification of the $900,000 Modernization rules that Secretary Alejandro Mayorkas submitted to the District Court in California in an effort to defend against the plaintiffs’ claims that the November 2019 regulation was invalid.  Based upon DHS’ public statements, it appears that the agency favors the 2019 regulation, and may take steps to reinstate the 2019 rules and investment levels.  The question for investors is how quickly they can implement either the 2019 rules or implement new ones.

Generally, new regulations go through a Federal Rulemaking Process including notice, comment and 30-day implementation period.  The agency can, however, publish an “Interim Final Rule” with immediate effect if the agency can demonstrate good cause that it is in the public interest.

Potential Scenario for a Very Short Window at $500,000

For the EB-5 Regional Center program, it is unlikely that DHS can adopt the 2019 regulations until the program is reauthorized given that regulations flow from laws enacted by Congress.  If Congress reauthorizes the program without defining new significant policy changes in legislation, DHS could conceivably  use the Interim Final Rule process  to return to the $900,000 investment level quickly, even within days. It is impossible, however, to predict precisely what the agency may or may not do, and this in turn makes it difficult to predict whether investors would have another opportunity at $500,000, and if so, for how long,

Ultimately, we share the widely-held confidence that the Regional Center Program will be reauthorized.  For clients that have invested, we are confident that your investment and all EB-5 processing milestones will be recognized by USCIS, and that this period is simply a delay.

If a foreign national is considering the EB-5 program, we recommend they conduct project selection due diligence,  engage an immigration attorney, and complete their source of funds documentation in order to be ready to move rapidly if a $500,000 window opens.

LCR continues to work with the industry advocacy groups and is using its relationships in Congress to keep focus on passing new legislation that will reauthorize the Regional Center Program.