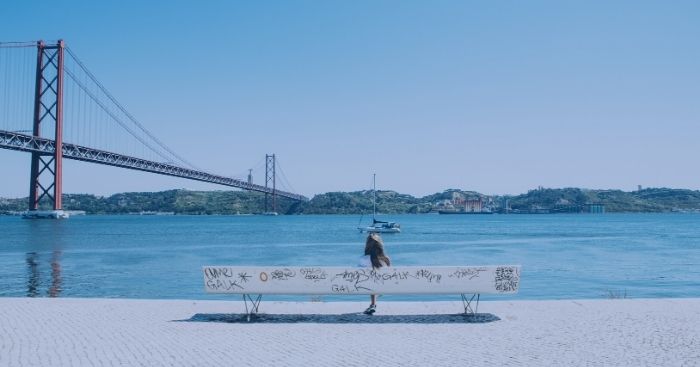 Top 10 Most Expat Friendly Countries in the World

Before deciding to move to a different country to work or to study, it is a good idea to do your research on how welcome foreigners are there. The Expat Insider survey is one way to see where your location may rank when it comes to being friendly to foreigners. The most recent survey taken from expats around the world has brought much information to light. For example, for the first time ever, Portugal was awarded as the number one country for the friendly attitude towards foreign nationals.
The following lists each of the top 10 most expat-friendly countries, starting with number 10:

While not a surprise, Canada has always been known to be a very friendly country overall. Of the expats that were surveyed, 82 per cent stated that Canada is indeed one of the friendliest countries in the world. There were several opinions about the Canadian people that were common among those interviewed. Nearly 50 per cent of the people surveyed stated that Canada is a place they could be open to living in for an indefinite period of time. One respondent stated that he felt the people of Canada were benevolent and very open-minded. The global average of friendliness has been found to be about 67 percent total. However, Canada ranked at 81 percent due to its general friendly attitude is shares towards its expats.

Working its way to ninth place on the list is the Southeast Asian country of Vietnam. One of the most common statements by respondents is that the country shows a general warmth there towards foreigners. The country was given an overall rating of 83 percent considering how positive the experience was of the expats that were surveyed there. Perhaps one of the most notable responses was how the country provided a less stressed environment than the countries that the expats originated from. Information suggested that the general population did not have an outgoing personality. However, the survey also revealed that nearly 58 per cent of the respondents did intend to go back to their countries of origin sometime in the future.

One of three South American countries found its way to the top 10 most friendly countries for expats was Colombia. The country has made its way on the list in a number of the past rankings. Of the people surveyed, the country was found to be 87 per cent among respondents as the friendliest country with attitudes generally warm and welcoming to foreigners. There were many positive stories from the people interviewed for the survey. There was a standard statement among participants when it came to the living conditions in Colombia and that was that it was “easy” and over 81 percent of them could see themselves living in the country indefinitely. There were also positive statements concerning the food, the weather and the general attitude. It was also noted that the expats had local friends with the residents of the country.

The middle eastern country of Oman finds its way to the 7th place on the list. Oman was reported to have a friendly attitude towards their foreign expat population. Of the individuals interviewed, 83 per cent stated that the general attitude of the people was friendly to foreigners and 86 per cent stated locals were respectful to visitors. The satisfaction rating of the country performed well at 83 percent overall. Many foreign expats also stated how well they enjoyed the local culture and they could see themselves spending more time in the country. With the local culture, food and welcoming feeling, it was one of the most expat-friendly countries.

During the survey, it was found that 31 percent of expats intentionally travelled to Costa Rica to improve the quality of their life. They also commented on how they were welcomed by the locals with open arms. The majority of respondents rated their experience with the people as friendly to foreigners gaining 87 per cent when compared to the global average of 67 per cent. Costa Rica also performed well in making friends with the local people. The average feeling was that 78 percent believed that their experience in the country was positive. Nearly 90 per cent of respondents were satisfied with the life they have in Costa Rica. Another 81 percent were comfortable with the local culture. Comments about the friendly attitudes to foreigners and the beauty of the country showed why nearly 48 per cent of the expats interviewed had every intention to live in the for as long as they could, if not forever. This is quite a difference when compared to the global average of 29 per cent.

Another Middle Eastern country to make the list is the gulf country of Bahrain. Its position as the fifth-most friendly to foreigners was only part of the story for this county. According to the Expat Insider survey, Bahrain is considered the best overall destination for expats. This was the first year that the country of Bahrain made it to the top ten welcoming countries. Of the expats interviewed, 86 percent stated that Bahrainis showed friendly attitudes to the foreign residents while 85 per cent agreed upon a general satisfaction with their life in the country. Bahrain has gained its popularity due to the large international atmosphere. Although many expats were unable to speak the local language, nearly 91 per cent stated that it was still easy to get around and find what one needs. Positive testimonials concerning the culture and the overall atmosphere were obvious.

This southeastern Asian country had not made it to the list until 2017. However, now it has made it to 4th place due to the friendliness that is experienced in Cambodia. Of the expats who were interviewed for this position, 96 per cent of the expats gave the country a positive and friendly experience. This is a significant amount above the average global of 70 per cent. Of the expats interviewed, there seemed to be a comfortable attitude in living and working in the country while building good relationships with the local people. The expats seemed to have fit in well with the local society and commented on how friendly the local population was with foreigners. Over 85 per cent of the expats stated that the people were friendly and welcoming to them. Other notable points were the ability to settle in and make themselves at home in a place rather radically different than most hometowns.

Mexico apparently seems to have lost its previous top ranking of recent years. In 2016 Mexico was ranked as the most welcoming country. However, Mexico still takes the 3rd spot this year. Most of the people interviewed still find the country very friendly and open to foreign nationals who come to live and work in the country. Nearly 80 percent of the expats who live and work in Mexico feel that they could adapt easily to the culture and benefit from what the county has to offer. One interesting fact is that most expats do not form their own community and stay together. Nearly 73 per cent of the respondents stated that it was simple to make local friends in the community.

This Asian country barely missed the top position in this year’s survey. However, it is generally accepted that the country of Taiwan is one of the best destinations for expats looking for a friendly and easy place to live and work. A number of the comments that were shared about their life in the country was related to how the Taiwanese people care about their society. Expats overwhelmingly highlighted that they were willing to remain in the country due to the friendly nature of the people and quality of life. While the survey stated that the ranking of the friendliness of the people gained a 86 percent rating, the overall feeling was that the county provided a very positive experience for foreigners.

After an impressive performance, Portugal has actually risen up nine places to take the first ranked position in the survey. This sunny European country has been said to provide a warm and welcome feeling to nearly everyone who enters. Out of the people who took part in the survey, 36 per cent stated they instantly felt at home compared to the global average of 19 per cent. Nearly half of all people interviewed stated that if given the opportunity, they would remain in the country forever. The country had a number of positive statements given about it. For example, a number of people suggested the traditions of the country were the most welcoming. Some stated that the people had a way of looking out for one another. Most of the respondents stated how most of their circle of friends included local people.