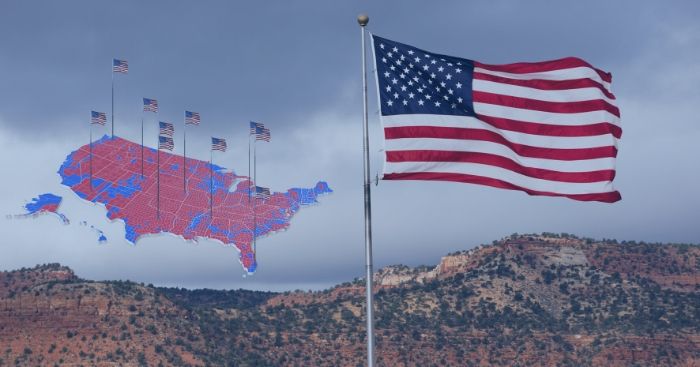 To secure this option, there are a number of steps that must be taken. TEAs are those areas which have been designated to be an area which has a high unemployment rate.

These areas are usually rural areas that are experiencing an unemployed population rate up to 150 percent. By going through one of the regional centers, which helps investors choose the right business for those areas, the investor gains a big advantage over that of direct investments.

Before November 2019, the minimum amount was even lower for investing in TEAs. The minimum investment amount was only $500,000 for TEA investments while the standard non-TEA was only $1 million. This is a good example of how the EB-5 program could change and those who are interested should not wait for long periods of time to invest.

Qualifying factors of a TEA

Perhaps one of the most common ways to identify a possible TEA is if the area is rural and has large numbers of unemployed people. Rural areas in the United States are defined as a location outside of a metropolitan area and outside of a city or town area with less than 20,000 residents. High unemployment refers to those areas which have been designated by the Bureau of Labor Statistics as an area with more than 150 percent unemployment rate.

Once an area has been located and the investor feels confident that it will be the right place for their business venture, a letter must be submitted to the USCIS by the EB-5 applicant for part of the I-526. The letter must state evidence that the area which is intended from the investment is qualified as a TEA with an unemployment rate of at least 150 percent of the average national rate. Information for these types of areas can be obtained by contacting the Bureau of Statistics or State Government Officers which would be able to provide lists and proof of the area’s conditions.

The importance of TEAs

The primary purpose of the TEA programs is to focus EB-5 immigrant investors on providing assistance in the areas of the United States that are in the most need of stimulated economic growth. The investment of the EB-5 participants will help to create new jobs for the areas which are in the most need of them. This is why the program provides such an incentive as a competitive investment amount like the reduction of the minimum investment costs.

Since November 2019, the following changes have taken place in the EB-5 program concerning the designation of Targeted Employment Areas;

Since November 2019, the Department of Homeland Security (DHS) has taken a number of steps to change the way that TEAs are designated. One of the biggest changes in the way that States can make the determination of what is a TEA. Currently, the state has been eliminated in the process and will now be only designated by the DHS while following a number of new regulations. Included in the EB-5 program.

With TEAs no longer being designated by states, EB-5 investors will be required to provide information to the DHS. Investors must show evidence that their EB-5 project area meets the qualification of a TEA to be qualified to invest the minimum amount of $900,000. Previously, each state could provide letters which designating projects eligible for TEAs.

One benefit of the DHS taking on the responsibility is that a number of cities and townships which currently have at least 20,000 people and are outside city and metropolitan limits are able to qualify as separate TEA according to its unemployment rates. While creating the tracts of land that make up the TEA, only the areas which are connected to the project area can be included. This means that investors must locate connected tracts that can be used for their project. While census block groups will not be allowed as before, the census tracts will be used instead. However, this means that the number of available TEAs may decrease. The new regulations imposed by the DHS may change how the TEA is connected to the area and what qualifies it to be a TEA.

Perhaps the hardest impact that is now faced by the investors is how to provide proof of TEA qualification. It will now be required that the investor contract a professional team of individuals who can help with the EB-5 program and assist in generating the proof needed to file the I-526 petition.

The process now has an added sense of uncertainty as the previous help of the state is no longer available to provide TEA designation letters for the EB-5 investor to submit petitions. Now, investors must rely on the assistance of third parties and their ability to file a comprehensive report in order to provide the necessary evidence needed for a TEA designation.

Now the burden has shifted onto the investor to show sufficient evidence that a project location is qualified for TEA designation. However, the DHS agrees that the information gathered from the Census Bureau’s American Community Survey and the Bureau of Labor Statistics is reliable information and can be used when filing petitions.

However, one possible problem may still exist for investors for EB-5 projects that are in a desirable location and was once qualified for TEA status, may no longer have that same designation. This would mean that instead of the preferred minimum amount of $900,000 for the investment amount, the area may not qualify for the minimum rate. This would mean that EB-5 investors would have to provide the full $1.8 million investment amount for the same project location.

It is a wise decision for interested investors to begin early in their consultations with regional centers and professional EB-5 attorneys who can help mitigate the difficult path ahead. A number of successful regional centers can offer a number of projects and provide assistance in selecting the right project for investor’s needs. Interested persons are highly advised to seek the counsel of an experienced immigration attorney who can help in the process.