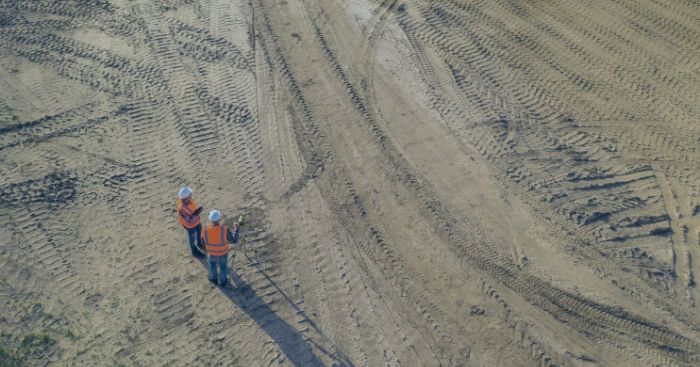 How do jobs created get calculated for the EB-5 Program

The following article will address the question to whether or not construction jobs can count towards the job creation requirement for the EB-5 program investor visa.

There is a great benefit to be able to count construction jobs towards one’s EB-5 application. Specifically, these types of jobs are much easier to prove when showing compliance with the job requirements. Creating projects is an important part of the EB-5 investor’s process.

The project must also me the prerequisites of the EB-5 program. The main requirement for a project is to create 10 full-time positions for American workers. The investors must put their money at risk and place their time on the line to create a successful project. Therefore, construction jobs are an important tool to manage and count for job creation.

Construction jobs were not available for the count toward job creations in the past for the EB-5 program. However, much changed in the United States after the recession of 2008. Financial institutions in the US no longer wished to lend money, causing the construction industry to grind to a halt.

It was then that the US government and the USCIS decided that the rules could be loosened. It was finally decided that the regional centers could begin to use construction jobs to count the required job fulfillment for the EB-5 visa program.

Since the change, a number of large development projects have attracted hundreds of EB-5 investors. The projects hire a number of workers, allowing the EB-5 visa job requirement to easily be met.

One of the most important prerequisites of the EB-5 program is the job creation requirement. When investors file the I-829 petition that is used to change their condition stats for their green cards, they must provide proof that the investment was used to successfully create jobs. The following are a number of the common issues concerning the EB-5 job creation requirements:

The investment of the EB-5 investor must be used in a qualified project that can create 10 full-time positions for American workers. Investors are able to invest through Regional Centers or through direct programs. Either of these investment avenues must be able to create at least 10 jobs. However, in the case of Regional Centers, investors can take advantage of using indirect or induced jobs that have been created as a result of the project. These jobs can be counted towards the job requirements of the EB-5 visa.

Permanent jobs must be created in order to meet the requirements of the EB-5 program. The term itself refer to those that are not temporary or seasonal. These required job positions must be proven to have been created at the time of the filing of the I-829 petition.

How the USCIS verifies created jobs

The documentation of the expenditures is what the USCIS needs regarding induced, indirect, and direct job creation from an existing business. An econometrics report in compliance with analytical tools used by EB-5 investors to demonstrate their investment’s economic impact on the region where their enterprise operates. Common economic models include: IMPLAN (Impact Analysis for Planning), REDYN (Regional Dynamics Economics Analysis), REMI (Regional Economic Models, Inc.) OR RIMS II (Regional Input-Output Modeling System).

The investment funds should be able to generate up to ten permanent and full-time opportunities for workers in the US. When talking about the EB-5 investment, “permanent” implies creating jobs that are not temporary or seasonal. Economic models such as the USCIS approved RIMS II help in counting jobs, whether induced or indirect, as long as ten or more opportunities are made.

Using RIMS II for impact analysis has several advantages. RIMS II multipliers can be estimated for any region composed of one or more counties and for any industry, or group of industries, in the national I-O table. The accessibility of the main data sources for RIMS II keeps the cost of estimating regional multipliers relatively low.

Empirical tests show that estimates based on relatively expensive surveys and RIMS II-based estimates are similar in magnitude.

BEA’s RIMS multipliers can be a cost-effective way for analysts to estimate the economic impacts of changes in a regional economy. However, it is important to keep in mind that, like all economic impact models, RIMS provides approximate order-of-magnitude estimates of impacts. RIMS multipliers are best suited for estimating the impacts of small changes on a regional economy. For some applications, users may want to supplement RIMS estimates with information they gather from the region undergoing the potential change. To use the multipliers for impact analysis effectively, users must provide geographically and industrially detailed information on the initial changes in output, earnings, or employment that are associated with the project or program under study. The multipliers can then be used to estimate the total impact of the project or program on regional output, earnings, and employment.

RIMS II uses BEA’s benchmark and annual I-O tables for the nation. Since a particular region may not contain all the industries found at the national level, some direct input requirements cannot be supplied by that region’s industries. Input requirements that are not produced in a study region are identified using BEA’s regional economic accounts.

The RIMS II method for estimating regional I-O multipliers can be viewed as a three-step process. In the first step, the producer portion of the national I-O table is made region-specific by using six-digit NAICS location quotients (LQs). The LQs estimate the extent to which input requirements are supplied by firms within the region. RIMS II uses LQs based on two types of data: BEA’s personal income data (by place of residence) are used to calculate LQs in the service industries; and BEA’s wage-and-
salary data (by place of work) are used to calculate LQs in the non-service industries.

Conditions under which jobs could be disqualified from the count

For the jobs that are created from the investment to count for the requirement, they must meet certain criteria. For example, the jobs that are created must be full time positions. Jobs that would be disqualified in the count would be seasonal positions or those that are less that 35 working hours per week. Another reason the jobs may not be counted is if they are filled by unauthorized workers such as non-US citizens.

The popular EB-5 investor visa has a number of requirements. The USCIS requires that investors not only meet the proper investment amount and placed under risk, but that it is used in the creation of at least 10 fulltime positions for American workers.

Investors who are able to fulfilled the above requirements, they are able to apply for permanent residence in the United States.

Job Types That Qualify for the EB-5 project

Those positions that are created for the purpose of the essence of the project are direct jobs. For example, if the investor has placed his investment into a gas station, the direct jobs would be those he hires to stock shelves, gas attendants or other directly counted positions that were needed for the business operation. These positions must be full time (35 hours per week minimum) and permanent positions. The jobs could not be filled part time or seasonally. The workers must also be qualified to work in the US, such as American citizens must hold the positions.

For investors that wish to invest through a regional center, there are a number of job creation options that can help qualify for the job creation requirement. Regional centers are allowed to count jobs that are created indirectly and induced along with direct jobs. Other options may include jobs that have been preserved.

The regional center projects allow for investors to count indirect jobs. These jobs are those that have been created as a direct result of the project. These investments must have prior approval from the USCIS in order to qualify. For example, indirect jobs may be service or support jobs that are created to meet the needs of a project such as suppliers.

Another category is that of induced jobs, which are also counted by the regional center. These jobs are those that occur in the area that the new project has begun in. These new positions can be in the local community that have been added because of the project. For example, hotels may begin to hire more staff as a result of people coming to work on the project.

A number of investors in the EB-5 program choose to work through a regional center. This is because of the available options to them when it comes to job creation requirements. For direct jobs, the investor must show their investment created 10 direct positions. However, the regional centers allow for direct, indirect and induced jobs to count towards the requirement.

Regional Centers that have gained a good reputation are those who come with a respectable economic report presenting indirect jobs that are created through EB-5 investor projects. The reports are compiled using the information of the local economy and the impact of the projects.

A number of these well ran regional centers are able to project how well a certain venture in a particular industry will do in the area chosen for them to invest. They are able to identify potential problems and offer solid solutions to the investor who must not only create jobs, but keep their investment at risk during the two years of the project.

Regional Centers provide investors with a number of benefits. Not only are they able to help finding the right investment area, but they can help with job creation count requirements. For those investing in the standard EB-5 programs, only direct jobs can be counted. However, the Regional Center can count direct, induced or indirect jobs created by the project.

For example, a scenario of an investment in a resort that employs 50 people to fill positions such as housekeeping or reception, these count as direct jobs. However, because of the resort, another 200 jobs may also be created to support the resort such as laundry services, catering or other services. In a project that creates 50 direct jobs, up to 5 investors can enter the project with $2.5 million.

However, when the indirect jobs are projected to reach 200, 20 investors can enter the project with $10 million. This will provide the benefits of the EB-5 visa for the investors and their families through a more secure venture.

Once the EB-5 investors begin the I-526, they must submit the job creation and economic projections to the USCIS. This is true for those investing in regional centers and the more traditional direct investment approach. However, those who have invested the standard way must prove direct job creation. This can be done by payroll or W-2 forms.

Those who have decided upon investing through a regional center will not be required to show tax documents or payroll information. Instead, they must show the USCIS the construction of the project plus the outlook of the economic report on the indirect positions that are being filled as a result of the program.