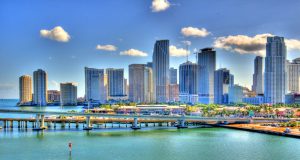 Created by the United States government in an effort to attract foreign investment and boost economic growth and creation of jobs in the 1990’s, the EB-5 Visa Program only gained visibility and importance around the world  in the last few years.

The 2008 crisis has generated strong economic impacts around the world, but the United States have been recovering from it. With the renewed stability of the U.S. markets and the strenghtening of the U.S. Dollar against other currencies, the country has been attracting investments from investors around the globe, as was to be expected,  and the “American Dream” came back with an even stronger appeal, especially for millionaires in China.

The country with the world’s largest population has the largest percentage of the EB-5 visa applications, with 87% of the total of 8,773 visas issued in FY 2015. China, however, suffered a significant decrease in the number of I-526 petitions sent during the FY2015. There were nearly 1,000 less petitions in comparison to the previous year.

The impact of these EB-5 petitions and investments in the US economy is clear. The U.S. economy suffered a contraction of 2.4% in 2009 compared with the previous year, and in 2008, the U.S. gross domestic product had grown 0.4%. However, between 2010 and 2013, just after the financial crisis, the EB-5 Program was responsible for creating more than 29,000 jobs, contributing more than US$ 9 billion to the country’s GDP in this period. Since 2011, when the market was already showing signs of stabilization, foreign direct investment derived directly from EB-5 has grown exponentially, and in 2015 only attracted more than US$ 4.3 billion.

Besides being highly beneficial for the U.S. economy, the EB- 5 investment through the Regional Centers provides the client the possibility to live anywhere in the United States, without having to be involved in the daily management of the business.

One good news for those interested in the EB- 5 Visa is that the number of I-526 petitions approvals doubled in the fourth quarter of 2015 compared to the same period of 2014.

To learn more about the EB-5 Visa Program and available EB-5 Projects, contact LCR. The company has a Regional Center approved by USCIS and a sustainable project focused 100% in the investor’s needs. Contact us for more information!