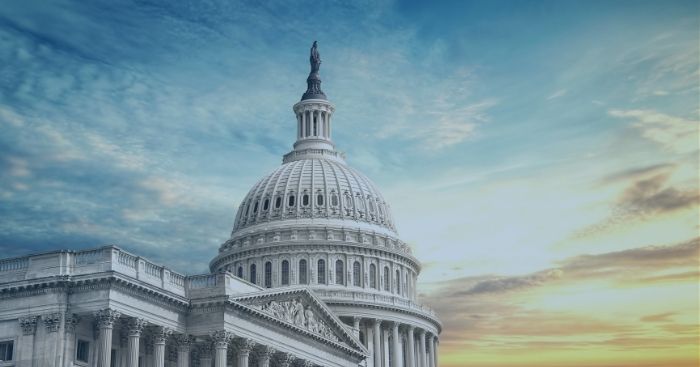 Waiting for political decisions in any country is frustrating and this week in Washington is no exception.

In our September 15 EB-5 Regional Center Update webinar, we gave an update that we summarize in this post. While we expected EB-5 would be included in one of the bills being voted on this week, actions in the House and Senate indicate the reauthorization of the EB-5 regional center program will be delayed until December.

The House has stated it will vote on the bipartisan Infrastructure bill passed by the Senate, but indicated it will not accept amendments like the EB-5 legislation.  On Monday, the House passed a Continuing Resolution to maintain funding of the federal government through December 3rd, but due to the politics, they have kept the bill very simple and did not include the EB-5 program.

This funding Continuing Resolution has not yet passed the Senate so the dates and its content can change.  It is also not uncommon for Congress to pass another CR to push the Omnibus Spending Bill to a date later in  December.

The EB-5 Regional Center has had a very confusing and frustrating last six months.

At the end of June, the Behring court decision reset the EB-5 regulation back to before the November 2019 modernization rule, returning the minimum investment amount to $500,000 from $900,000. That same week, the effort to pass the Grassley-Leahy bill (S.831) to reauthorize the program by unanimous consent in the Senate was blocked.  The June 30, 2021 sunset date has resulted in a pause of the EB-5 Regional Center Program, although the EB-5 direct investment program was unaffected by the lapse as it is a permanent part of US immigration law.

Since June, on the legislative side, there has been a lot of congressional activity on major bills that could include EB-5 reauthorization, including the bipartisan infrastructure bill and a Democratic-led reconciliation bill. On the regulations side, the Department of Homeland Security has reposted its ratification of the 2019 rules and filed a notice of its intent to appeal the decision in the Behring case, demonstrating its intention to return the EB-5 minimum investment amount to $900,000.

While there are no changes to the EB-5 direct investment program, the Regional Center program is on pause. New petitions are being accepted for direct EB-5 investments with a minimum investment of $500,000. However, USCIS is not accepting new I-526 petitions filed through the EB-5 Regional Center Program and is not processing pending petitions.

What this means for clients who have filed:

“In abeyance” means that USCIS is simply holding onto the petition and not working on it until the program is current again. Only if the program is discontinued will petitions not be moved forward and may possibly be returned. However, there has been a lot of activity indicating that USCIS and Congress are working to make the program current again—and not to discontinue it. In fact, EB-5 petitions are considered an important part of the USCIS Investor Program Office funding, and that itself shows their value to the US government.

Does this mean that one’s investment could be lost?

To be clear, once an investor has filed the I-526 petition, the immigration process and the financial process run side by side, but separately. An investor’s capital investment is governed by the offering documents for the EB-5 project in which the qualifying EB-5 investment was made, and the return of one’s EB-5 investment is unaffected by the status of the program.

If we arrive at the worst-case scenario in which Congress fails to reauthorize the program, investors with pending petitions would not obtain the immigration benefit they are seeking but it does not mean they lose their capital investment.

Even though the EB-5 Regional Center Program has been suspended before, it has never been on pause for so long. Members of the industry are working hard with Congress to reauthorize the program again soon.

While in the past the program has stayed valid through a “clean” extension ( as part of congressional appropriations bills), it seems unlikely that this will happen again this time. Last December the reauthorization of the EB-5 Regional Center program was purposefully detached from the appropriations bill in order to force discussions about program reform. The program is now paused because Congress failed to reform and reauthorize it before its last sunset date, which was June 30, 2021. Attaching a new EB-5 bill to a “must-pass” appropriations bill to fund the US Government is the most likely scenario to make the program current by the end of 2021.

It surely is a difficult time for members of the industry, particularly for investors whose process has been paused. USCIS is showing interest in keeping the program alive—just last week USCIS solicited questions from industry members which it will answer. We know for a fact that industry stakeholders are working closely with members of Congress. As mentioned by EB-5 expert Suzanne Lazicki, not validating the program benefits no one.

Investors should remain confident that despite this pause, the program should get reauthorized, and this will only be a few months of delay in the context of a lifetime of benefits.