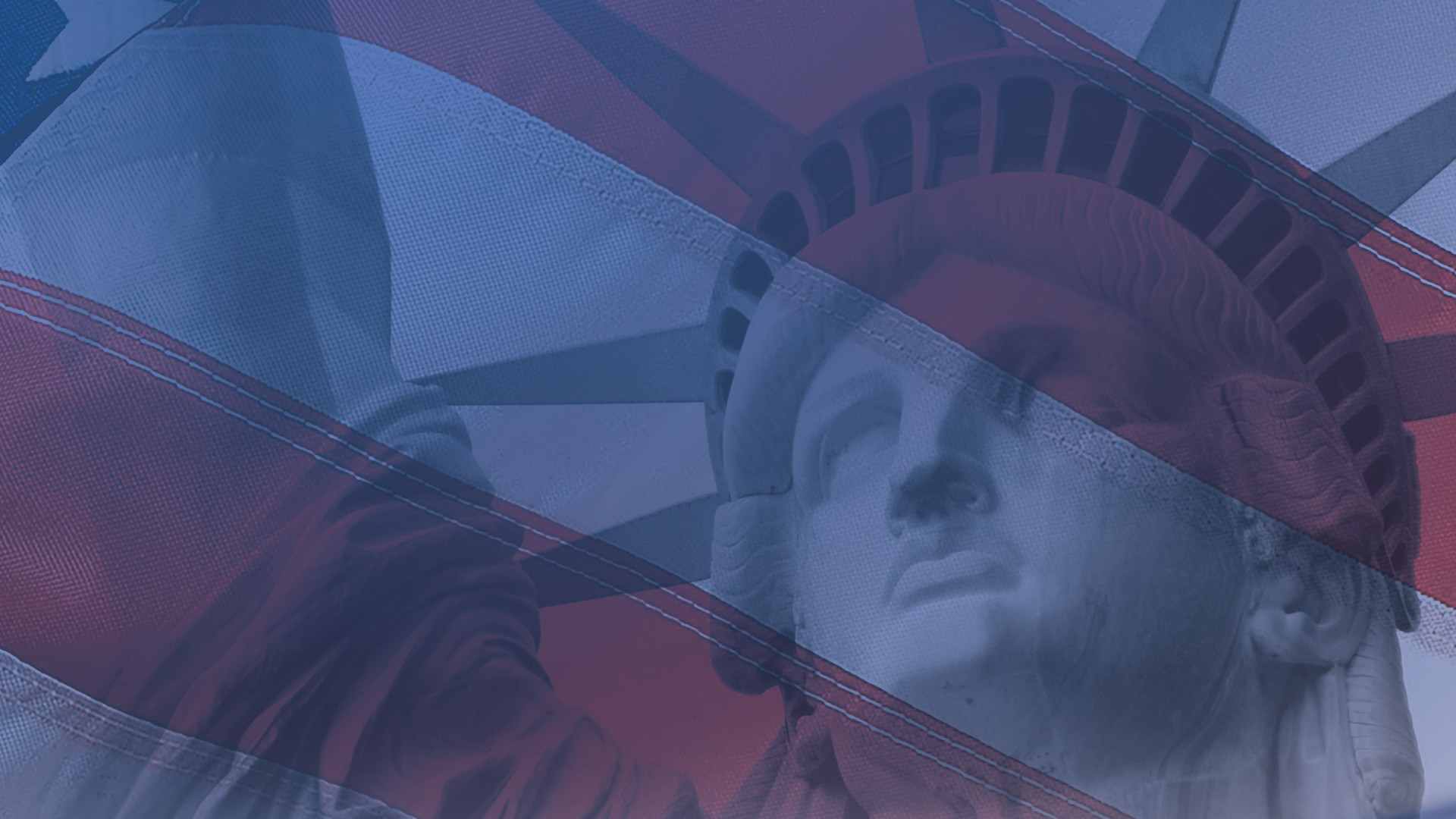 In the EB-5 Investor Visa category, a per-country limit means that each country can get about 700 visas per year. Countries such as China, Vietnam and India, which have far more approved applicants than the per country quota limit, are significantly disadvantaged by the rule. Even after their investment application is approved, applicants can face long wait times before getting their conditional green card.

The good news is that after approval there is a way you can stay in the United States with full working and travel rights, while you wait for your green card, even if your country has long waiting times.

This is through an Adjustment of Status application (I-485) for a combined Employment Authorization Document (EAD) and Advance Parole Card (AP) that is sometimes called the “combo card” or “red card” made during the window of opportunity when USCIS allows applications regardless of priority date.

This year, the USCIS announcement was made in the October 2019 bulletin and states that applicants from Vietnam and India who are living in the U.S. and have I-526 approval can file I-485, regardless of priority date.

Each October, at their discretion, USCIS has been allowing EB-5 investors with approved I-526 petitions to submit their Adjustment of Status requests with application for EAD and Advance Parole Card (work authorization/international travel card) even if the individual’s priority date is not current (i.e. the country is in retrogression). The individual will still need to wait for the green card to be issued until the priority date is current, but in the meantime the individual and dependents can get their EAD/AP card renewed which gives work and travel rights. This window is not a guarantee as it is at the discretion of the government to allow each October and then eventually close it.

Once an investor’s I-526 petition is approved, the applicant is eligible to receive their conditional residency status. This can be achieved either via the filing of a Form I-485, Application to Adjust Status with the U.S. Citizenship and Immigration Service (USCIS) or an application for an immigrant visa at a U.S. consulate overseas.

If an EB-5 investor is outside of the U.S. at the time of the approval of the I-526 petition, they should apply for consular processing via a US Embassy overseas.

However, when an EB-5 investor is in the U.S. in lawful status at the time of the approval of his or her I-526 petition and at the time the availability of immigrant numbers allows the application, he or she can apply for permanent residence while within the boundaries of the U.S. This process is referred to as “adjustment of status.”

For those lawfully in the U.S. who obtain Form I-526 approval before a Final Action Date is imposed, there is a “combo card” solution (also known as a “red card”) that allows such immigrant investors the right to work and travel when approved about 4-6 months after the filing of a Form I-485.

EB-5 applicants after receiving their I-526 initial approval (which takes 18-24 months usually, but sometimes longer) can apply for EAD even if there is Retrogression and Priority date for that country is not current. This is possible through a limited period window opened at the discretion of USCIS.

The EAD card, or a work permit, is a document issued by the USCIS that allows the noncitizen recipient, already living in the United States a temporary employment authorization. It is basically a permit to stay in US untill the time the actual Green Card is issued hence extremely useful and greatly reduces the dependency on the H-1B. This also takes away all the uncertainty of EB-2/EB-3.

What is an EAD Card?

You cannot work in the United States unless you have an Employment Authorization to do so. There is no employment authorization attached to the initial immigration petition, I-526. When you receive the I-526 approval, and if you are in a valid status in the United States, the I-485 adjustment of status application can be submitted along with the I-765 employment authorization application. If that is approved, then you will receive an EAD card, which will authorize you to work until you receive your conditional green card. Applications for the EAD may be filed at the same time by all family members. I-485 applicants usually are entitled to temporary employment authorization (EAD) while their applications are pending. USCIS will issue an EAD/travel combination card good for one year pending the I-485 adjudication and the production of the conditional green card upon approval. Typically the EAD/advance parole documents are issued within 90 days of filing so that the applicants may be able to work and travel during the I-485 pending period.

Inconsistencies & Caution About the Window of Opportunity

This year this option was available from October 2018 to January 2019. This option has been allowed since 2015. In 2016 it was not offered. It is at the discretion of the government, but was allowed for a few months in 2017, 2018, and 2019. This benefited applicants from Vietnam last year, as there was no Chart B retrogression. So, while chart A retrogression was closed–the door was open for from October to January to file adjustments.

That said USCIS announced that in October 2019, applicants from Vietnam and India who are living in the U.S. and have I-526 approval can file I-485, regardless of priority date. The Visa Bulletin has two charts for EB visas: Chart A Final Action Dates and Chart B Dates for Filing. USCIS has agreed to use the Dates for Filing cart in the October 2019 Visa Bulletin, and all countries except China are Current in that chart. This doesn’t necessarily affect the total time to actually get a visa, but having the I-485 filed brings significant benefits.

What Happens When Your I-526 is Approved

If your I-526 petition is pending when the backlog hits and/or is approved but your adjustment application or DS-260 is not filed before the visa backlog is established, you generally have to wait until your priority date is current to apply for your conditional green card. The I-526 approval itself does not give you any status in the U.S. So you must either maintain lawful status in the U.S. or wait for your priority date to become current overseas.

Option c) I-526 Approved and Adjustment Application Filed and Pending

If your I-526 is approved and you filed your adjustment application before the visa backlog is established, you can apply for work authorization and advance parole (travel document) as part of your adjustment application. Once the work authorization and travel permit are approved, you can work in the U.S. and travel internationally without maintaining an underlying non-immigrant visa status. Note: Before you travel or work on the EAD/AP, it’s important to seek attorney advice to determine if this is the right option for you.

Understand How to Interpret Chart A & Chart B:

The Visa Bulletin contains two different charts per visa preference category: Chart “A” is designated for “Final Action Dates” (i.e. dates when visas may finally be issued); Chart “B” is designated for “Dates for Filing Applications” (i.e. earliest dates when applicants may be able to file their green card applications after 526 approval). The two charts often have different dates — Chart “B” usually has a later date. The rate of advancement of the Visa Bulletin is unpredictable: sometimes it will advance a few weeks/months, sometimes it will go backward, and sometimes it will show no movement at all. Historically, we tend to see the greatest movement in priority dates at the beginning of the new fiscal year (i.e. in the October visa bulletin).

Children of EB-5 Investors: For Indian born investors with older children, the Child Status Protection Act (CSPA), serves to “freeze” a child’s age while the I-526 petition is pending. However, the child’s age effectively “defrosts” once the I-526 is approved, if at that time there are no immigrant visas available and the case is subject to retrogression as per the current Visa Bulletin. If the priority date becomes current, the child may be CSPA-protected once again (even if his/her biological age is over 21 years old) if the child takes steps to pursue an immigrant visa/permanent resident status within 1 year from that date. The CPSA aims to protect children against long government adjudication processing delays, but it does not provide protection during retrogression. Thus, for those investors with older children, it would actually be beneficial for the I-526 petition to be pending adjudication for a longer period of time, as this would mean the child’s age is frozen for a longer period of time (while simultaneously maintaining the earlier priority date set by the date the I-526 petition was filed).

Why EB-5 is still the Best Option for EB-5 applicants already in the US:

If you are in the U.S. and able to apply for your adjustment application along with work authorization and travel permit, you could potentially eliminate the need to find a petitioning employer or be reliant on winning an H-1B lottery or on a single petitioning employer. EB-5 and EB-1s are still expected to have the shortest wait time for Indian-born applicants. As more and more Indian investors apply through the EB-5 program to seek relief from multi-decade waits in other employment-based categories, the EB-5 wait time will likely increase. Therefore, unless demand for EB-5 India decreases, the delay is likely to get worse as time goes on.

For further information, please feel free to contact us directly as well as consult with an experienced U.S. attorney.  In case you have not engaged one yet, we would be happy to connect you with Rohit Kapuria.

Rohit is a leading U.S. securities and immigration attorney based in Saul Ewing Arnstein & Lehr’s Chicago office.   Rohit focuses his practice in general corporate and securities law, including private offerings under the EB-5 investor visa program where he regularly represents Regional Centers and premier U.S. real estate developers as well as qualified EB-5 investors.  He has personally worked on over 200 EB-5 transactions, with a combined capital development cost in excess of $5 billion, around the country.

LCR Capital Partners has worked extensively with Rohit since 2017 where he has represented dozens of Indian investors in LCR-sponsored projects including the Four Seasons Hotel & Private Residences at the Surf Club and HALL Arts Residences & Hotel.  Since 2013, Rohit has played an active role in the development of the Indian and Gulf countries’ EB-5 markets where he travels regularly travels to India, UAE, and Qatar.  His firm is responsible for filing over hundreds of India-born and Indian descent cases since 2013.  He is fluent in Hindi, Urdu, Punjabi and Hausa and is a member of the Illinois State Bar and IIUSA’s Investor Markets Committee.

For three years in a row, Rohit has been named among the Top 25 EB-5 Immigration Attorneys by EB-5 Investors Magazine. His background and firm’s profile are attached; you can also view his bio HERE.

On November 21st, 2019, the new regulations came into force, which includes the increase in the minimum investment amount to be $900,000 for TEA approved projects and $1.8 Mn for Non-TEA projects. Please consult your immigration attorney or LCR Commercial Representative for further information.