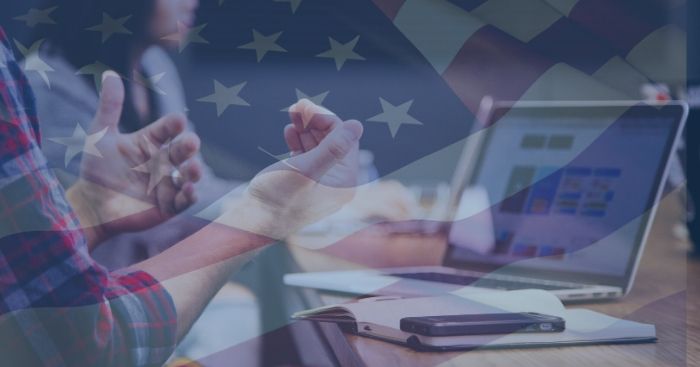 Do Businesses Founded by Immigrants Succeed?

Exploring the Entrepreneurial Success of Immigrants

An overriding common thread lies within the foundation of some of the biggest and most prominent tech powerhouses in the U.S. They were created by insightful, innovative entrepreneurs who had experiences beyond their own culture and upbringing. In fact, more than half of the highest valued U.S. public tech companies were founded by either first or second-generation immigrants.

Consider three of today’s top five most valuable tech companies: Google co-founder Sergey Brin was born in Russia and immigrated to Maryland with his family at a young age. Apple co-founder Steve Jobs was the son of a Syrian immigrant, and Amazon founder and CEO Jeff Bezos’ father came from Cuba. (While the other two companies on the list—Facebook and Microsoft—were founded by native-born Americans, Indian Satya Nadella has headed Microsoft as CEO since 2014 and is credited with transforming its stock price and corporate culture.)

These innovators/entrepreneurs had the knowledge and specialized skills to try something new, and the gumption to make it happen. Their ambitious drive, creativity, and very likely their lifetime exposure to multiculturalism have greatly contributed to the U.S. economy. Each of those companies have come close to or hit $1 trillion in market value.

But it’s not just Silicon Valley tech companies that have benefited from the fresh perspectives that immigrants are known for bringing to their adopted countries. Other hugely successful companies that belong in this category include Estee Lauder (the eponymous founder’s parents were Hungarian), Walt Disney (his father was Canadian), and AT&T (Alexander Graham Bell was Scottish).

Indeed, immigrant-founded companies are featured prominently throughout the Fortune 500, with representation across all industries, including retail, finance, consumer goods, transportation, and health care. Fortune 500 companies founded by immigrants are spread out in 33 of the 50 U.S. states, and 45 percent the Fortune 500 were founded by immigrants and children of immigrants. As of 2017, those companies were responsible for employing 12.8 million worldwide and reported $5.3 trillion in global revenue.

What to make of these success stories? For one, it’s notable that major companies that many of us use or hear about every day may not even have existed if the immigrant founders or their parents had not taken a chance to uproot what was familiar to them to create a new home, a new network, and a new life elsewhere. For instance, Oracle founder Larry Ellison’s father was an immigrant from Russia. The parents of Ray Kroc, who is credited with starting the great expansion of McDonald’s franchises, was Czech-American. Netflix co-funder and former CEO Marc Randolph’s father was from Austria. Two of the founders of YouTube (which Google acquired in 2006) are the children of immigrants; Steven Chen immigrated with his family from Taiwan and studied computer science before working for PayPal and getting to know who would become his co-founding colleagues.

Household-name entrepreneurs were heavily influenced by their parents’ decision to transform the family’s situation and seek out new opportunities in terms of career and education in the United States. To avoid religious persecution in the late 1970s, Brin’s parents settled in Maryland and took on jobs at the University of Maryland and NASA’s Goddard Space Flight Center. Because of his parents’ decision, Brin eventually ended up at Stanford University, where he met Larry Page, who would help him found Google.

The voices and contributions of smart, innovative immigrants can provide valuable viewpoints and different perspectives to boardrooms, C-suites, and patent applications. Some immigrant entrepreneurs have wholeheartedly taken on the American dream and keep reaching new heights and making economic impacts. Born in South Africa, Elon Musk has made a name for himself as U.S. citizen for being a serial founder. As the founder of Tesla, known for its electric vehicles and ambitions for autonomous driving, Musk’s SpaceX made the first commercial astronaut launch this past May. Arianna Huffington, who was born in Greece, sold her Huffington Post in 2016 to found a wellness startup that raised upwards of $43 million, and she sat on Uber’s board of directors as it went public; she gave up the membership after she felt her latest venture’s fast growth wouldn’t give her enough time to devote to the post.

Immigrants are nearly twice as likely to become an entrepreneur than a native-born U.S. citizen. Keep in mind that although 27.5% of U.S. entrepreneurs immigrated, according to a 2016 Harvard Business Review article, immigrants make up just 13% of the population. Vienna University researchers surmised that entrepreneurial minded immigrants tend to be “highly motivated and capable individuals.” The researchers zeroed in on the idea that these entrepreneurs’ “cross-cultural experiences” have led them to pick up on when a promising business idea is in front of them. The research explored that theory in a review of undergraduates who had studied abroad and their ability to come up with promising business ideas. The study suggested that cross-cultural experience should be valued by U.S. companies and legislators since immigration can have many positive economic benefits.

Innovation is always in hot demand by businesses from Silicon Valley to the East Coast. Specialized talent, specific skillsets, and new ideas are in short supply. Innovation is a strong currency in today’s companies, and immigration provides the necessary link to bring more ideas into the country. New research makes a direct correlation between immigration and a positive impact on innovation by looking at the economic benefits over the past 130 years, noting that “the impact of immigration on innovation is stronger for more educated migrants.”

It’s true that immigrants who come to the U.S. to earn their degrees may have a predisposition for business launches. They are accustomed to trying new things. By the time they graduate, generally speaking, they’ve seen a lot, in terms of what works and what doesn’t with products and services. They’re quick to notice opportunities and gaps in their new country, and they’re naturally creative because of the many interactions they’ve made over the course of their adventurous, multicultural life.